Gartner Predicts More Enterprises Will Move to Windows 10 in 2017 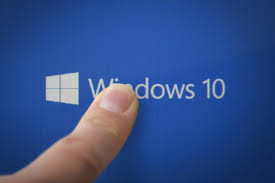 85 percent will have started Windows 10 deployment by years’ end.

Are you considering migrating to Windows 10 this year? If so, you’re in good company. According to a new survey by market research firm Gartner, Inc., enterprise migration to Windows 10 is expected to be faster than previous operating system (OS) adoption. Released in April, Gartner’s survey showed that nearly 85 percent of enterprises are expected to have started Windows 10 deployments by the end of the year.

Security Is the Top Reason

• Nearly half (49 percent) of respondents said that security was the main reason for the migration. Perhaps this should not be surprising, since security remains a key issue in the industry.
• The second most-often-named reason for migration was cloud integration capabilities, cited by 38 percent of respondents.
• The total time required to evaluate and deploy Windows 10 has shortened since 2016—from 23 months to 21 months.

The Windows 10 Creators Update, introduced in April, brings new security advancements to the enterprise, making it easier for IT administrators to better protect, investigate, and respond to threats on their networks and devices.

The Gartner survey was conducted in late 2016 and involved 1,014 respondents in six countries, including the United States and India.

Why More Enterprise Deployments Are Expected in 2017

Other reasons for the increase in Windows 10 enterprise migrations this year include:

• Turns out, many large corporations decided to combine Windows 10 adoption with legacy application migration—waiting for next hardware purchase cycle to make their move to Windows 10.
• A slow budget approval process: 1 in 4 respondents expect issues with budgeting, as Windows 10 deployment is not perceived as a mission-critical project.

Highlights of the Microsoft-commissioned study include:

• ROI grew from 188 percent to 233 percent, with a payback period of 13 to 14 months.
• IT administrators estimate a 15 percent improvement in IT management time.
• Forrester estimated that some of the businesses in the study could be saving up to nearly $700,000 a year with the new security features.
• Employees, especially mobile workers, estimate they have 25 percent more time to get work done than before.

With more companies getting on board with Windows 10—and more evidence that they are reaping real business value from it—we expect that the faster pace of Windows 10 enterprise adoption will only continue.

To learn more, you can check out the Forrester TEI study here.

If you are a Gartner client, you can read the full report here.

Get the ScreenBeam Experience. Request a trial

Sick of A/V trouble? So are we. Check out our Screenbeam 1100 Plus, a contactless BYOM solution that provides insta… t.co/FljnZ9TlCY